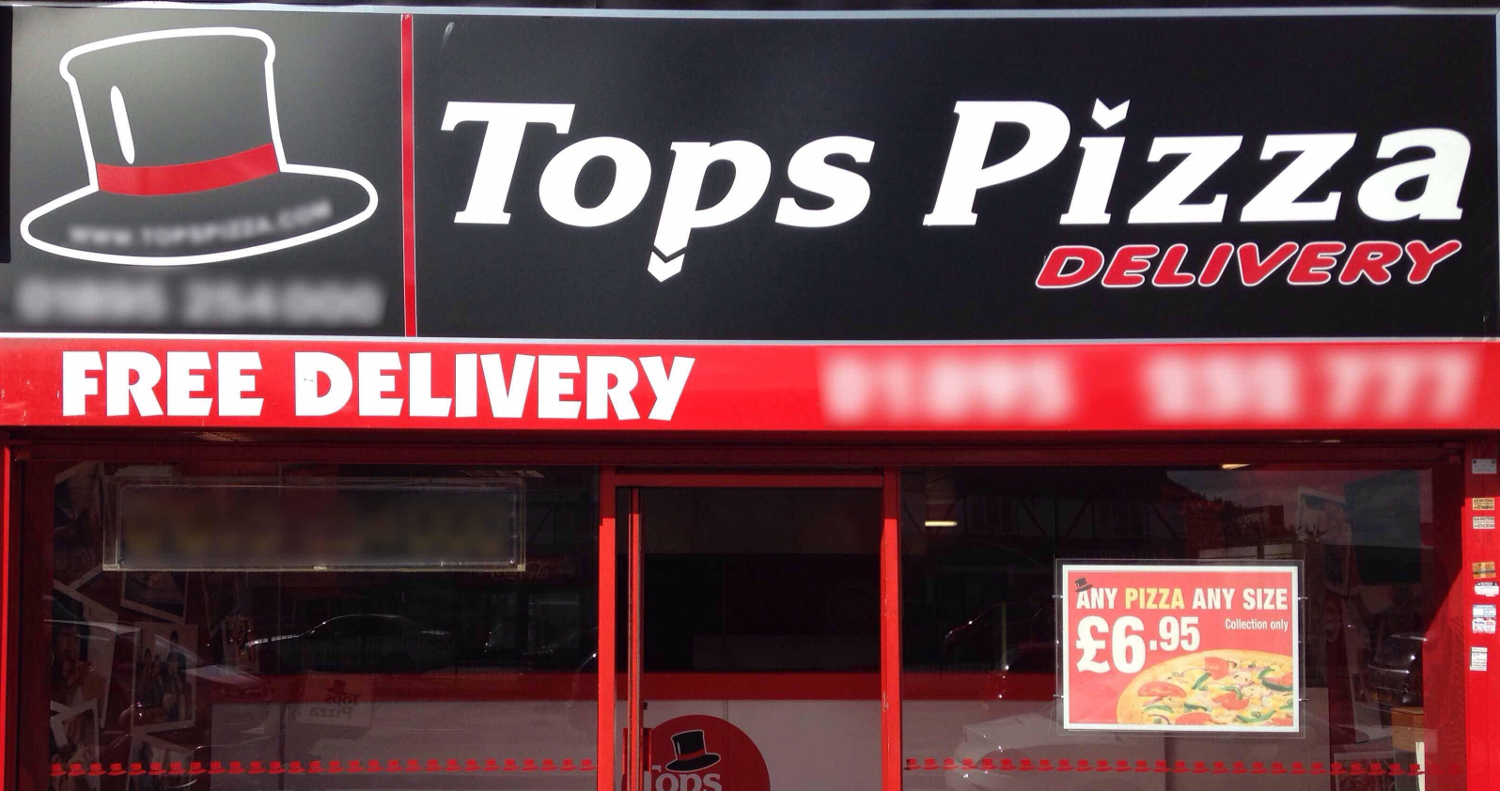 The Lads found themselves in London again, We had told the wives we were attending a Career Path Development Conference. Yeah right… lol, but somehow it seemed to work as the missuses like the idea we are trying to work on themselves and become better persons (or perhaps they are just glad that we are elsewhere?). So we had found a lovely Tops Pizza outlet before and were keen on a return visit. Scanning through the menu we decided on the Tops Club which we guess is the speciality of the house, we threw caution to the wind and had the Hot Dog stuffed crust on the Supersize base.

Wow the pizza looked awesome when it arrived with a beautiful criss cross effect on the top with ranch sauce. The base was excellent with a pleasantly browned crust and was what we call the Goldilocks scenario (not too thin or too thick, not too crispy or too doughy) The hot dog crust seemed like it was made of quality meat which was a relief. The special Tomato sauce was all good with a rich indulgent taste. The Mozzarella, Monterey Jack and Cheddar Cheese is a favourite of ours and we think law should be passed making Monterey Jack compulsory on all pizzas. Chicken & Bacon is a marriage made in heaven (unlike our living nightmares) and the Chicken was tender though the chunks were a bit on the small side.

Large slices of fresh Tomato covered top and we are always pleased when they are not too sharp tasting. The red Onion was decent and as we say the drizzle of creamy Ranch sauce brought out the flavour of the Chicken. A great Pizza and it was the Tops! Travelling back we made up some nonsense about the conference as a cover story but strangely we were never asked about it. 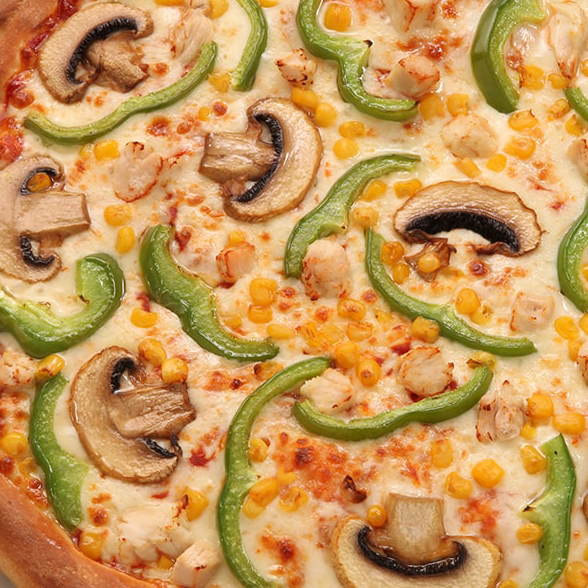 The Lads were off to follow their football team down south again, so we made a point of looking for a Tops Pizza restaurant after we had a good experience before. The missuses were getting fed up with us disappearing all the time and our marriages were hanging by a thread. But as Bill always says “if they don’t like it, they know what they do”. With these words of wisdom guiding our actions we were off out the door (never knowing if we were going to get back in!).

Anyway enough personal stuff, we arrived early for the game and located the Tops Pizza branch. Ted was to make the Pizza choice as he had won the coin toss. He decided to go for the Chicken Tops on a Hot Dog Crust base. I’ll let him have this one, as we normally just have a plain base so we can judge the toppings better.

So pizza arrived freshly cooked and looking lovely, the Hot Dog Crust was pretty OK as it provided a nice contrast with the Chicken, it sometimes doesn’t work with very meat intensive toppings. The special Tomato sauce was rich and full of flavour. The Chicken pieces were small but tasty and tender and contrasted with the sweet and tender Sweetcorn. Finished off with a good helping of Mushrooms and Green Pepper. A perfect Chicken Pizza experience. We were on cloud nine until we went and lost at the football and the thought of the nagging we were going to face when we returned home. Back to reality…

A big thumbs up from The Pizza Lads… 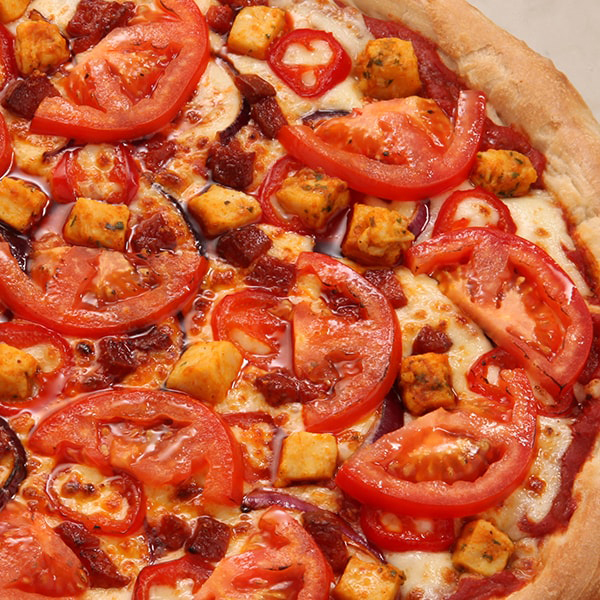 The Tops Pizza Chain was a new one to the lads as Midland based dudes as it’s based mainly down in London and the south.

We had been allowed by the missuses to go and watch a footie match down in London and hey were out and about so Pizza before the game was a must. So we spotted a Tops Pizza outlet and we were in our zone. So how would it compare to the larger chains? Here goes…

We choose the Peri Peri Lover on a deep pan base. The base was excellent and tasted really fresh and had just the right amount of crispy and chewiness. The special tomato sauce was rich and thick and had a tangy taste. The main act was of course the Peri Peri Chicken and we have to say it was Nando quality in our opinion, tender and had a real kick to it. The Chorizo always goes well with chicken and gives a lovely contrast. Forgot to mention the Cheese which was nothing out the ordinary but good. The Peppers and Onions added indulged the flavour of the Chicken. Finally there was a good helping of fresh Tomato, chunky and fresh and really topped things off a treat.

So is Tops The Tops? It was excellent and we really hope they expand across the UK , but next time we see one we shall visit without a doubt.

5 stars and a massive thumbs up from The Pizza Lads

Check them out for yourself = www.topspizza.co.uk