The WeirWolf Pizza from Papa John’s 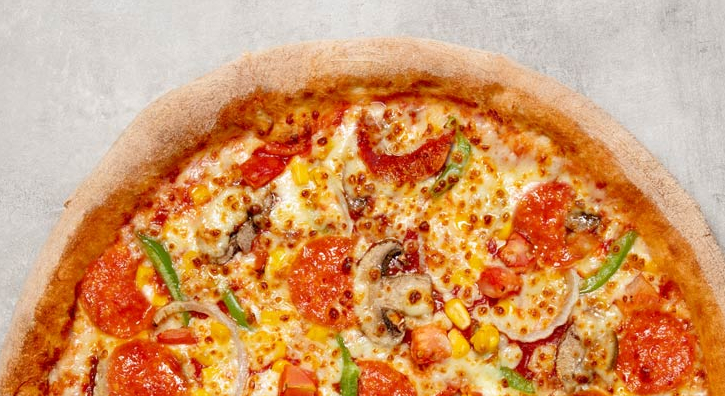 Papa John’s WeirWolf Pizza Review
The lads were still on the funny names theme just because it pleases us. Bill found this one on the Papa John’s menu and we have to agree that this wins the weird name gold medal which is quite apt as apparently it is created by an Paralympic athlete. Yeah, we not sure why either, but he seems a cool dude and maybe likes the occasional pizza, though i guess not too often as the lads can testify, too many is not good for sporting prowess.

So anyway onto the review.The pizza was hot when delivered which is always a good start. The pizza looked OK with a nice colourful contrast. Base was nice with the right amount of edge crunch and not too soggy in the middle, usual decent tomato sauce and standard mozzarella cheese which had nicely bubbled brown on the surface. Well now the topping mix, to be honest it’s the sort of combination that happens when a family or such are deciding on “a create your pizza”, which always ends up as a hotch potch which suits all but pleases no one.

It’s OK as far as things go but has no theme, a bit of pepperoni here, some sweetcorn there and oh well some peppers there. The individual items are OK and all tasted fine but it just seems to lack that complimentary combo, in fact it probably would have been better without the pepperoni and adding another veggie in some form perhaps jalapenos? So apart from the name, the pizza itself is a bit of a duffer, meaning no offense to Mr Weir of course who is a great guy we imagine.

The lads are awaiting for the approach from papas to get our pizza on the menu, which will be our secret combo until then!

Thumbs down a bit.