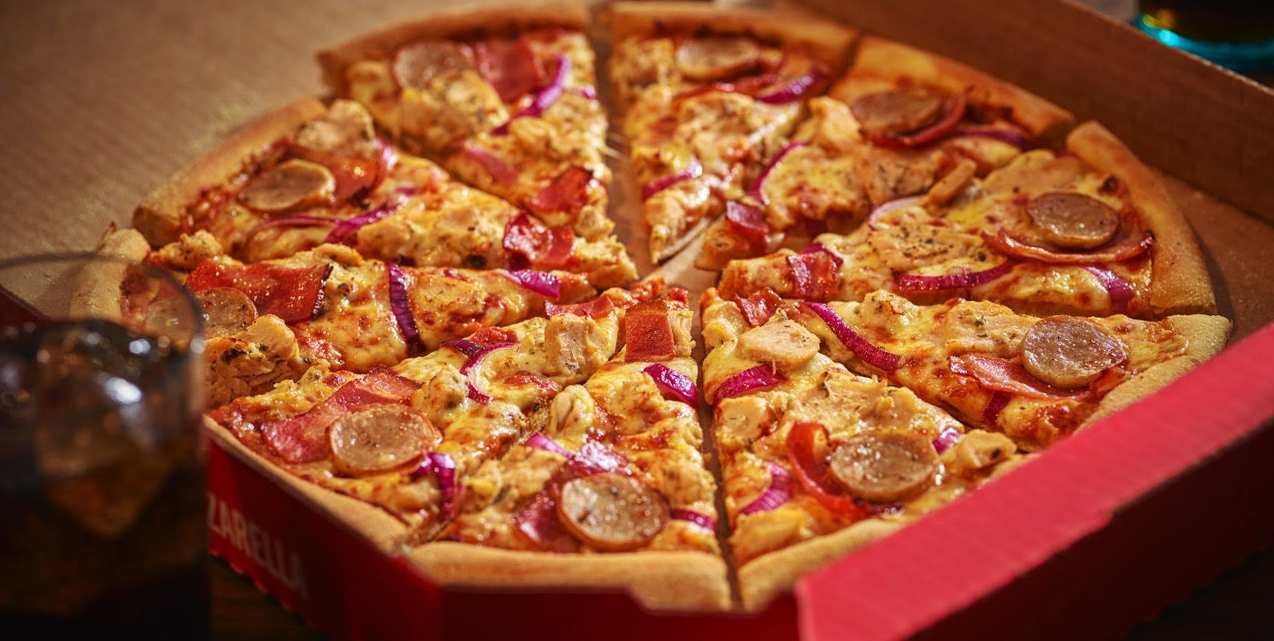 What they say
The Festive One packs a punch with classic Christmas flavours including succulent, perfectly cooked turkey breast marinated in aromatic sage and onion, traditional Cumberland sausage, and crispy bacon to give you a taste of the top trimmings.

This limited-edition pizza comes on our hand-stretched, fresh dough with signature vine-ripened tomato sauce and is generously sprinkled with 100% mozzarella cheese.

What we say
The lads were looking forward to Christmas and the wives were busy spending our money and all was well with the world. Ted had suggested to his other half that a pizza on the big day was a good idea, sadly his other half was not so keen and with serious earache for his trouble he met up with Bill for a private Christmas pizza lunch to sample the new “Festive One” Pizza from Domino’s. So gimmicky pizzas are sometimes pretty dire, so our hopes were not sky high for The Festive One.

The pizza looks fairly good, nicely toasted on top and the classic base had light crispy edges well browned as well, with fresh tasting dough. The Festive One we had was quite well endowed with cheese, no half measures here, and it was soft and chewy with just the right amount of stringiness. Tomato sauce was the usual Domino’s fare, no disappointments but no shocks either.

So the “christmassy” part of the pizza is the Turkey. Now the lads would say that this would be the last topping we would ever order, it just doesn’t really quite work here either. It’s OK and fairly tasteless really which some would say is a blessing, and the sage and onion stuffing flavour at least gives it some go. The Cumberland sausage was perfectly good, meaty and juicy. Onions and crispy bacon finished it off, both of which were fine. So all in all, a gimmicky pizza but not one for the lads.

A festive sideways thumb from the Pizza Lads