The Chick Ain’t Pizza from Domino’s 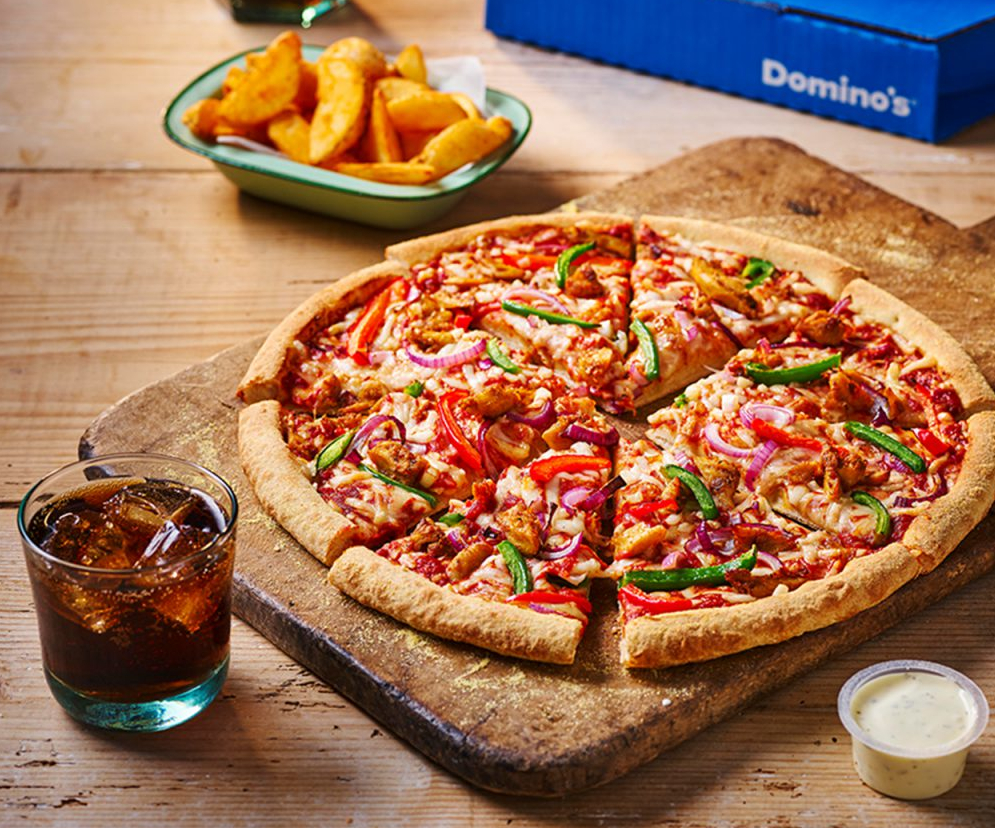 The Chick Ain’t From Domino’s Review

Loads of you at home have been sending in requests for a vegan ‘chicken’ pizza… and it’s finally landed in hundreds of stores across the UK. With vegan soya strips and loads of fresh veggie toppings,

The Chick-Ain’t is well worth the wait. Our talented pizza chefs knead and hand-stretch the vegan pizza dough until it’s light and airy, before spreading with a ladle of Domino’s own vine-ripened tomato sauce. Next, this new vegan pizza is topped with vegan soya strips, onions, green & red peppers and our ultra-melty vegan cheese alternative.

The Chick Ain’t From Domino’s Review
The lads are not known for being big vegans but we have often eaten vegan alternate products and in all honesty found them to be quite acceptable. So we will leave all prejudice aside and rate this pizza on it’s own merits but not making too many allowances. The wives try to be more health conscious than us so we include their opinions, bit of a shame really as this site is the only place we get to have any opinion at all. Anyway enough waffle.

Pizza was ordered on a quiet week night so turned up promptly, hence all hot and all good. The pizza looked pretty decent, colourful and tasty looking, edges nicely browned and a decent thickness of cheese. Nicely browned on top. The vegan base was not too much different to the normal classic crust, perhaps a shade lighter and crispier. Normal vine tomato sauce all OK.

Vegan cheese was not as good as normal cheese to us but it wasn’t bad and the wives actually prefer it, because they like the nutty taste. The chicken type soya strips have a uniform texture and were a bit tasteless but tender in a way so as long as you don’t linger over them they were passable and you might think it was actually chicken. These were combined with a fair amount of peppers and a bit of onion. So they say “loads of fresh veggie toppings” but we think that’s stretching things a bit and would have liked a couple more.

So we sound a bit negative but the verdict is we were fairly impressed, it was in it’s own right a reasonable pizza, and wives thought it was good. So we wouldn’t have one out of choice but if the the lads were vegans we would find this most acceptable.

A slight thumbs up from the lads and wives.