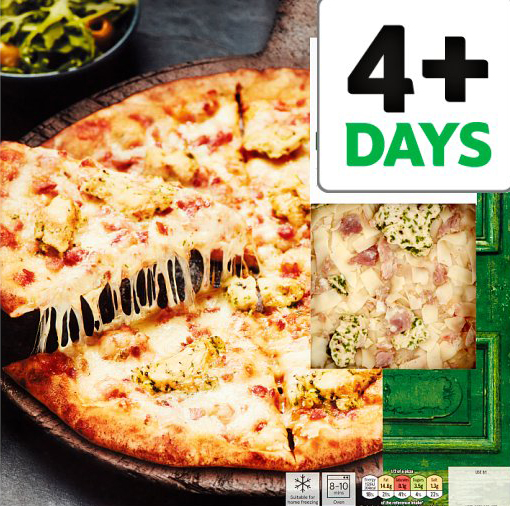 The Pizza Lads had been spending money like it’s going out of fashion on football and Pizza. The missuses were getting a bit angry and as our marriages were on the rocks, so we agreed we had to go on an economy drive as a matter of urgency. Cut backs and belt tightening were the order of the day. So instead of the usual delights from one of our favorite Pizza restaurant’s like Pizza Hut, we had to settle for a supermarket takeaway pizza.

Now were not snobs by any means so as long it’s a pizza that’ll do for us.

Bill said “we ought to start with the most basic one we could find” A classic Stonebaked Margherita it was then. The pizza was duly cooked which is always hit and miss at home as the edges are usually burnt and the middle cold. But using the Lets Cook Pizza Tray we reviewed recently the results were pretty good.

The offering had a reasonable base, the Stonebaked base was a little dry but not to chewy and had crisped nicely underneath. The Mozzarella full fat soft Cheese and Regato were a decent mix and seemed to have been generously piled on. The sweet Tomato and Basil sauce added a nice tangy kick which lifted the whole taste. Not much more to say really but sometimes the most basic Pizza can be awesome and we felt this like lacked some herbs to give it a more indulgent combo.

Did it match the pizza chains ones?
We have to say it was close and as for the price, we were happy and so were the wives. Marriage saved for now …