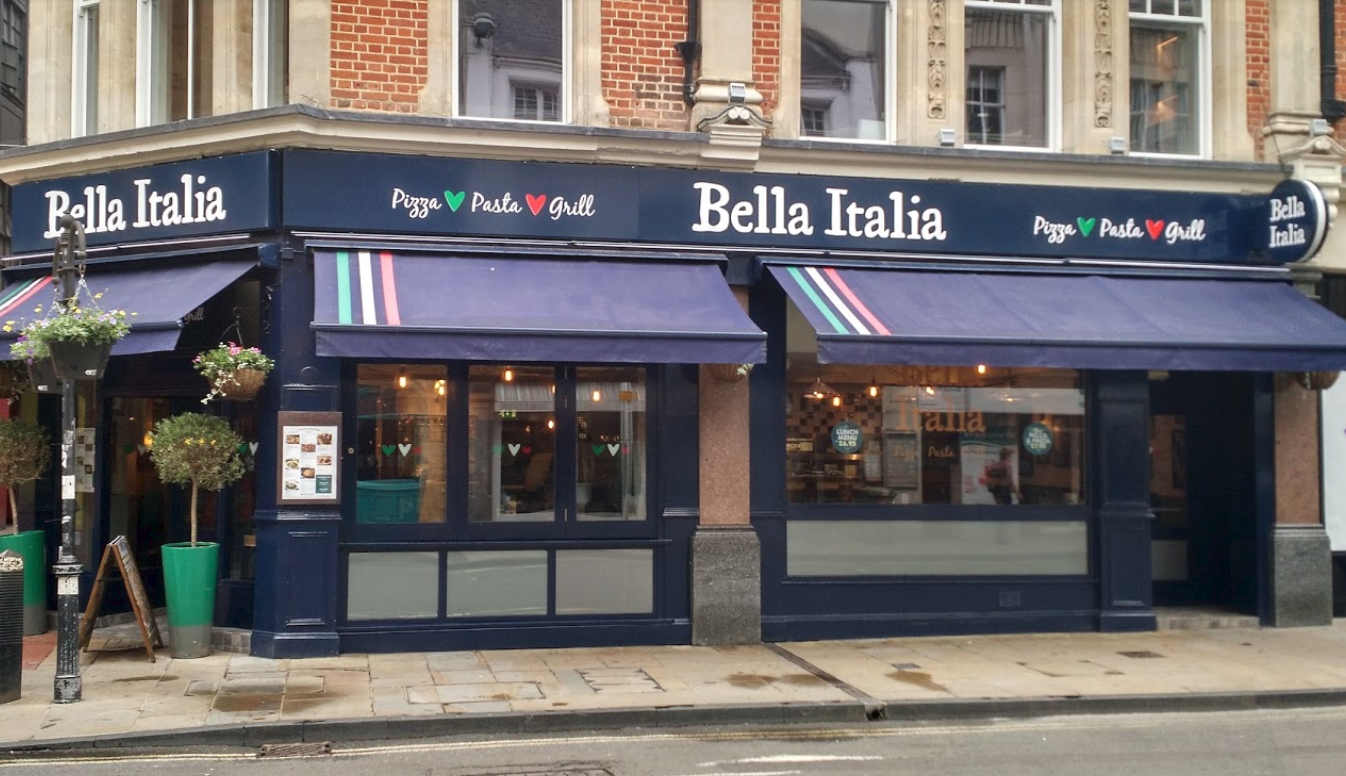 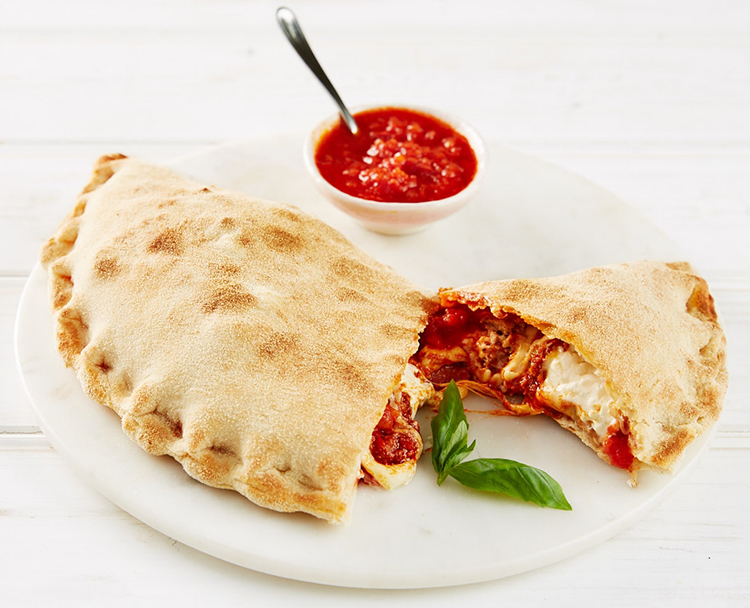 The lads were back at Bella Italia, the missuses had sent us out to buy some Christmas gifts for some relatives. Of course we had been given a list of exactly what to buy and from where. But the lads are nothing if not inventive and we decided to throw ourselves wholeheartedly into this task, but our real agenda was to Shop hard and see if we could save some money to enable a pizza purchase. After a couple of hours we were all shopped out, but our reward was that we had saved enough cash from our efforts for the Pizza treat.

So scanning through the menu at Bella’s we decided on one of three Calzone’s on offer, obviously the meaty one for us.

We didn’t have too long to wait for our Calzone to be served and it looked a treat with a lovely browned dough casing. It was good and hot as well. Digging in we appreciated the dough’s light texture and it tasted splendid. The Pomodoro sauce (tomato) had the taste of the sweetest tomatoes with a salty, garlic tinge. The fillings were Meatballs which were smallish and had a rich solid flavour and they combined well with the deep robust taste of the Beef Ragu. The Pancetta contrasted well and was lovely. It was enhanced with the addition of pretty strong red onion and packed with soft and creamy mozzarella.

So we were well pleased and it was a good offering and one we will would eat again. Getting home the missuses were suspicious that we had been indulging ourselves, but we had got what they wanted and with correct change, so a right result for the lads. 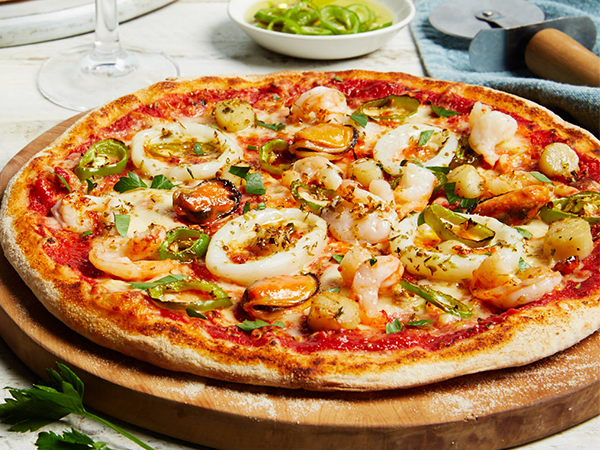 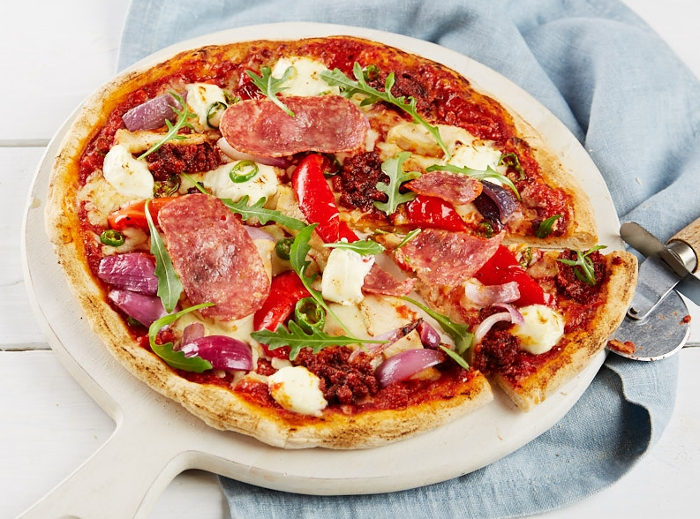 The lads were fed up with home cooking pizzas for our recent reviews and we wanted to be waited on. We discovered that Bella Italia has an outlet near to us and without further ado we were off. Upon arrival we scanned the menu and were drawn to the Diavola Forte pizza, now our regular viewers know that we always want to try new things and if the pizza has a title with words we have never heard of, then that’s for us!

Apparently the literal translation of Diavola is deviled or salsa according the the interplonk.

The word Forte could mean tangy or feisty, so none the wiser really but good old N’duja sausage sounds just the ticket.

So after a short delay the Pizza was duly served up and it was good and hot and we had to admit it looked excellent with a nice variety of colours. So nice presentation. The base had a lovely brownish edge and was not too thin but very tasty. The Tomato sauce was a deep red shade and had an indulgent texture, but a fiery taste that really got us reaching for the water. The mixture of Mozzarella and Mascarpone is always an inspired combo and the Mascarpone had a creamy subtle palette. The spicy ’nduja sausage and salami really hit the spot and was full of flavour and not greasy at all, unlike some salamis. The Chicken was tender though a bit thin on the ground and the roasted peppers gave a rustic edge. The red onion and green Chillis finished off the proceedings and the Chillis had some kick in them. All complemented with some fresh rocket sprinkled on top.

We were very impressed with the overall quality and our mouths were pleasantly on fire by the last slice. Highly recommended and we thought we had better not tell the wives about this gem of a restaurant, our secret for now!

A big thumbs up from The Pizza Lads