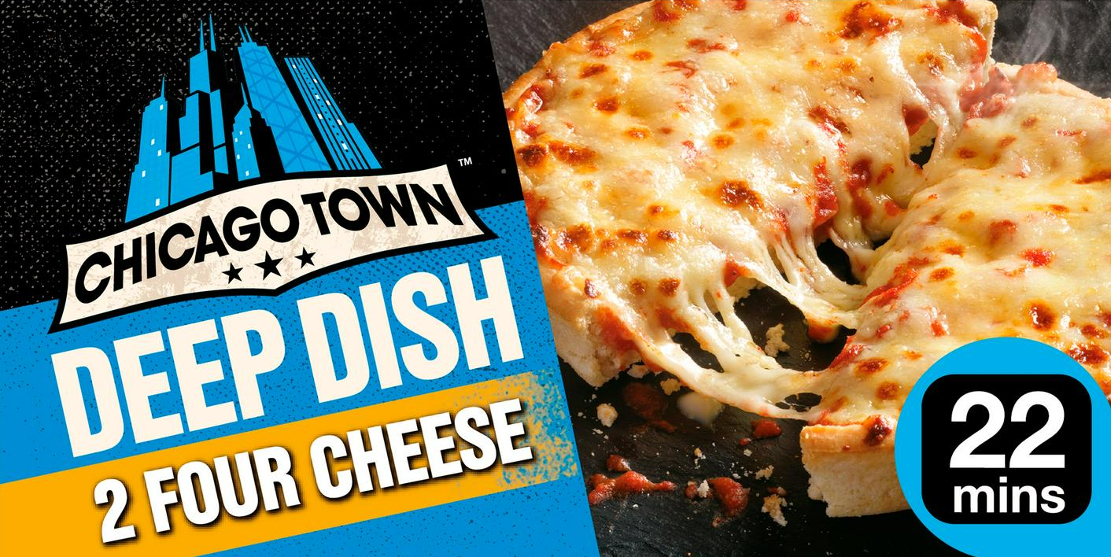 What we say
Now the lads thought we would review the infamous microwave pizzas from Chicago Town, now most people have had these at some point in their life but few would boost about it. They are cheap and quick to cook and seem a great idea! You can do these in the oven and we believe the results would be superior but in pizza lads style we used the traditional microwave method. The are small but as a quick snack fit the bill, so in the microwave they went for approx 2 mins or so.

They no longer supply the special foil cooking thing you had to construct, yes a bit of origami thrown in the mix was always fun but never seemed to improve the cooking result much. Okay they look and smell fairly acceptable and we suggest you let them cool a bit, as they will be hotter than the sun… The base as you might expect is a bit rubbery, this is the result of the cooking method mostly but the base is fairly thick anyway and quite doughy.

The sauce is tomato and very rich, a goodly amount is put on which helps the base go down your neck at least. The cheeses are the usual 4 cheeses in a four cheese combo and in all fairness it’s quite tasty and fairly gooey with a reasonable depth. They are good standby in freezer, but we being pizza connoisseurs (lol) would not recommend. They are what they are!