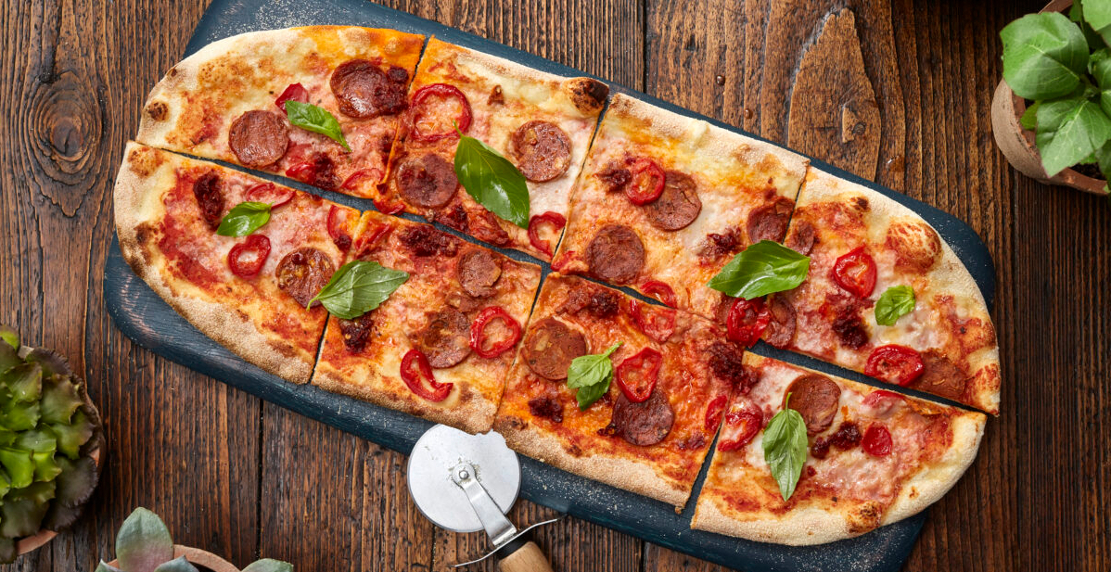 What we say
The lads had promised the wife’s that as soon as the restaurants were open again we would take them out for a pizza treat. Bills wife is a vegan so we decided to all follow suit on this occasion and have the same. She wanted to go to zizzi as they have a pizza that had been voted best Vegan Pizza at the PETA Vegan Food Awards 2019. So off we all went.

The restaurant was still fairly quiet as it was a mid week night. The pizzas duly arrived and they did look pretty fine with the signature oval shape. Now the toppings are obviously quite different to what we would normally have (the lads that is). The base was fairly firm and not sloppy but perhaps this is down to the shape, tasty and with a nice edge although in places was not topped near to the edges. We think it had tomato sauce on but it was overpowered a bit.

Now onto the oddly named Mozzarisella cheese ,it doesn’t have the gooey, stringy texture that you would normally expect from mozzarella but it melts well and is of course dairy free and organic, it was however very much like ordinary cheese and we had no complainants apart from it being a little overdone perhaps.Read Review > The vegan jackfruit pepperoni tastes like pepperoni with a bold, smoky flavour and was quite acceptable but ted thought it was a bit overspiced.

The spicy harissa is a chilli sauce typically made of dry red chillis and it provided the hot in the title for sure .. Very satisfying. The Roquito peppers are sweet, distinctly flavoured and full of crunch, with a bit of spice and sweet warmth.

So it was different, off the wall for us lads and we thought it was just a bit too spicy which the ladies agreed with.

For a vegan pizza it’s a thumbs up