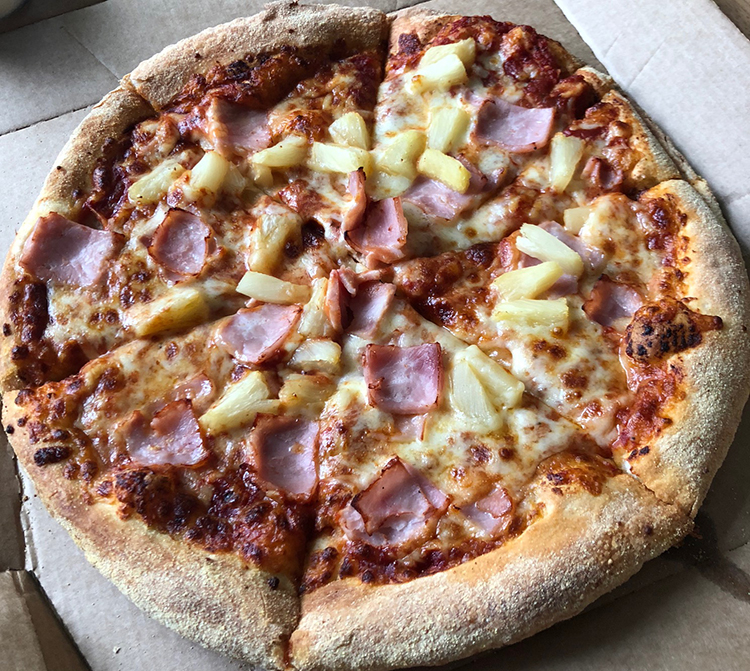 Domino’s Ham & Pineapple Pizza Review
The lads realised that we hadn’t had a Domino’s Pizza for a while, and we do like our Domino’s. The missuses were off out to the Mall to waste some more of our dough. They gave us a stern lecture before they left about not eating any Pizzas today.

We tend never to listen, so dug out the latest menu. Having had a look they don’t seem to do any new combo offerings at the moment, so we thought we would fall back on an old favourite of Ham & Pineapple. Now some peeps say Pineapple doesn’t belong on a pizza but not us, and believe us when we say we have had a lot odder things in the past. We chose the classic crust which we find gives us the slightly crunchy crust in a sort sourdough way and it is not too thin or too thick.

The usual Tomato sauce was evenly spread and has a good rich taste. The Mozzarella was nicely browned and lovely and stringy. The Ham pieces had a almost smokey taste and had browned at the edges adding to pleasing overall look. The Pineapple was fresh tasting and had plenty of bite. So we were well pleased with this classic offering. Now all we have to do is hide the evidence from our wives and start spraying air freshener around and eating mints. 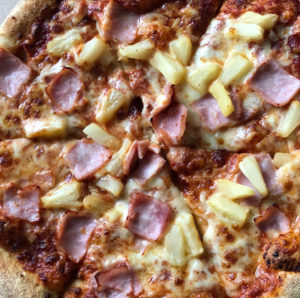 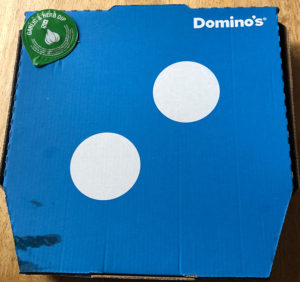