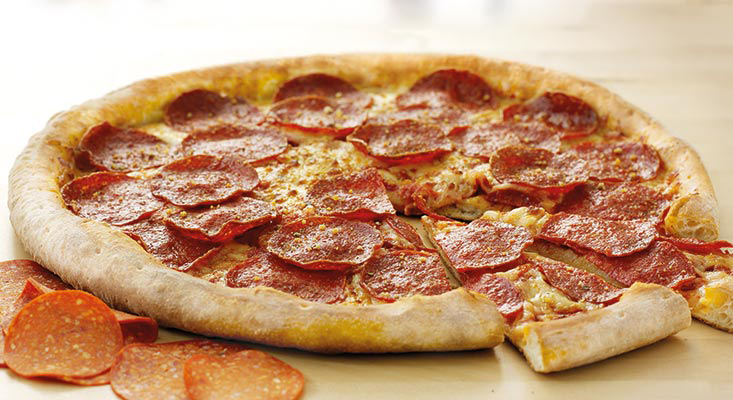 The ultimate pepperoni treat. Papa John has smothered his 100% fresh dough base with succulent slices of pepperoni and melting cheese with an extra layer of larger deli pepperoni and a sprinkle of tasty Italian herbs.

Papa John’s Double Layered Premium Pepperoni Pizza Review
The lads were on holiday, the wives had decided that a caravan in skegness was the place to be. Man things were tough as we were all stopping in one caravan and escape seemed impossible.

Curiously the weather was hot and sunny which was unexpected judging by past experiences. They had decided to economise by self catering so it was all tinned steam puddings and instant mash. Anyway while they were facebooking each other from 2 metres away we slipped off. Papa John’s was close by so we ran as fast as we could.

We looked at the menu and fancied pepperoni, noticed the double layer offering and went for it. So decent plain base as usual, cheese was cheesy which is all good and the pepperoni really did cover the pizza. We guessed they must have a load reaching best before date as it was heaped on! Very good it was too, our mouths were on fire by the time finished.