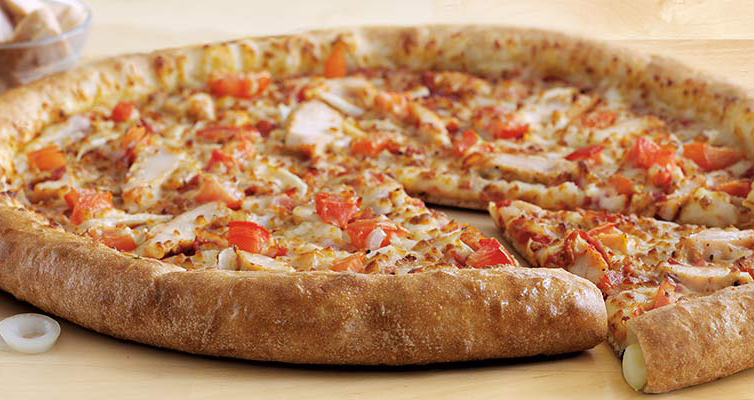 You must try the Papa’s flavour filled take on an American diner favourite. The Chicken Club Pizza features chargrilled chicken, stacks of bacon and sliced onions with chunks of freshly diced tomatoes for an extra splash of colour and taste.

Papa John’s Chicken Club Pizza Review
The lads were gagging for a pizza as usual, the weekend had been spent shopping, shopping and more shopping. The wives were really in the grove and seeing the trollies pile up with expensive items that we would never eat was bringing us out in a cold sweat. Surely the bill cant be that much! Anyway adding another couple of years until we could now retire. we planned a visit to our local Papa John’s.

We opted for the chicken club which is always a good combo. We went for the thin crust which was pretty good. The chicken was Succulent breast meat with a rich and smokey chargrilled flavour and the bacon was Smoked back bacon cooked to crisp perfection. It was all good and we were happy again, A good choice we would say.