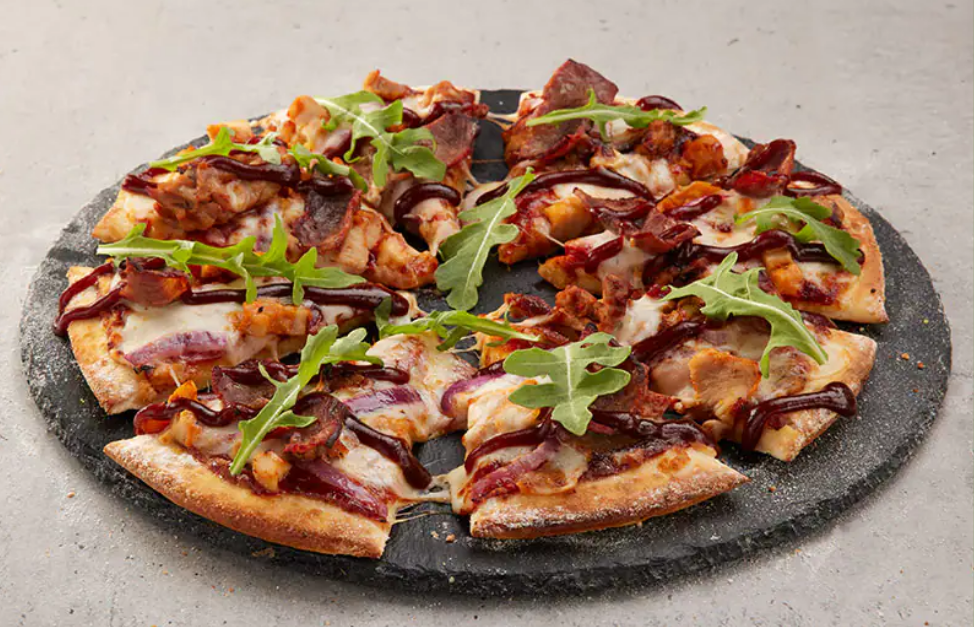 What we say
The lads are today reviewing one of the new Domino’s super premium range of pizzas, BBQ meats deluxe has that Aussie twist which we love . Delivery service was a little slow but acceptable.

The pizza itself looked very appetising, Nice crust and fairly thin base but it was perhaps the heavily loaded toppings that meant we had to eat it pretty carefully, the taste was ace. BBQ sauce was sweet and tangy and certainly left a lasting impression on our taste buds. The mozzarella was literally oozing and was marvellous. Hogan’s Ghost ,the Western Australian beef brisket was tender and bursting with flavour and contrasted wonderfully with the Peking duck with it’s subtle spice, again we couldn’t complain and it was juicy! We were not too sure about the seasoned chicken, it was fine in and of itself but we thought it was a bit of a stretch to match it with beef and duck.

However it just about pulled it off in our opinion. And then there was the pepperoni, again a fairly odd combo choice and we felt it didn’t mix well with the other toppings. All finished off with more BBQ sauce and sprinkle of rocket.

Verdict
Some awesome toppings mixed with others that didn’t fit! We did like it having said that as the beef and duck were more prominent in the crucial taste test.