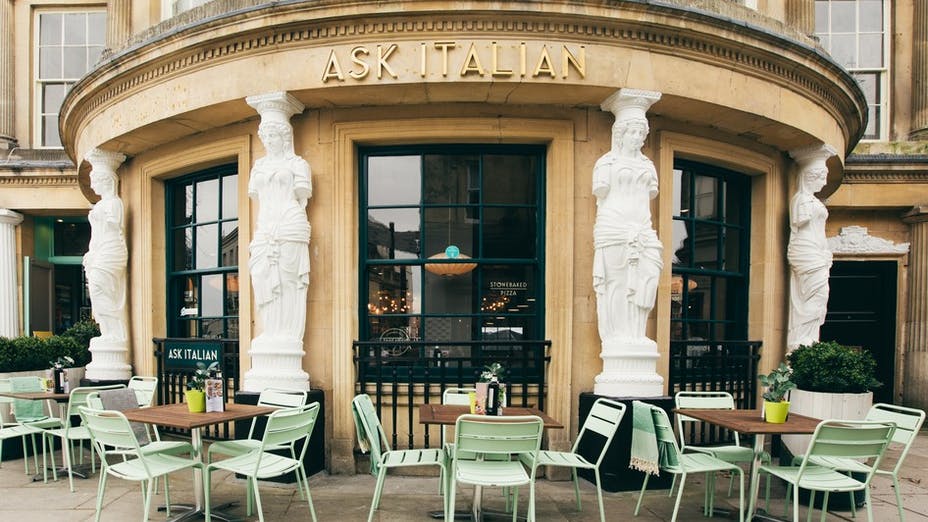 The lads had seen a Italian Restaurant chain on their travels and after having noticed they do a good range of pizza’s we decided it was our duty to review one for our hungry viewers. We slipped out under cover of darkness while the missuses were messaging each other on Facebook and made our way.
The menu has really exotic sounding pizza’s, so we were spoilt for choice, but we decided upon something we had definitely not tried before. The Slow Cooked Lamb. Now the lads thought Lamb might be a big ask as it is notorious for being a bit tough and greasy, greasy we can live with, but tough, not!
The pizza arrived and it looked pretty awesome with the peppers adding a good colour contrast. It was nice and hot as well. The base was Stone baked and crispy and was up in the top ten bases we had eaten we felt. It was topped with a rich tomato sauce with a herby taste. It had Fontal cheese on it, which we had never heard of, so a quick google told us that is an “Italian cow’s milk cheese. Although made throughout the year, the best cheese is obtained during the summer when the cows are moved to an altitude of 550 to 700 meters (1,800 to 2,300 feet) and fed only with rich grass to give it a distinctive aroma.” Oh err, we hoped that our cows had been at the right altitude, the cheese had a mild, somewhat nutty flavor which was very nice. On to the Lamb which looked like it had been shredded and was a little chewy, but not too greasy and the taste was somewhat strange on a pizza but we could get used to it. The bit part ingredients were roasted peppers, spinach, balsamic red onions and pine nuts. All of which complimented the lamb and the pine nuts really lifted the whole combo.
So a good pizza, but perhaps we wouldn’t have the lamb again at this chain.
A fine thumbs up from The Pizza Lads
Submit a Review on this Pizza