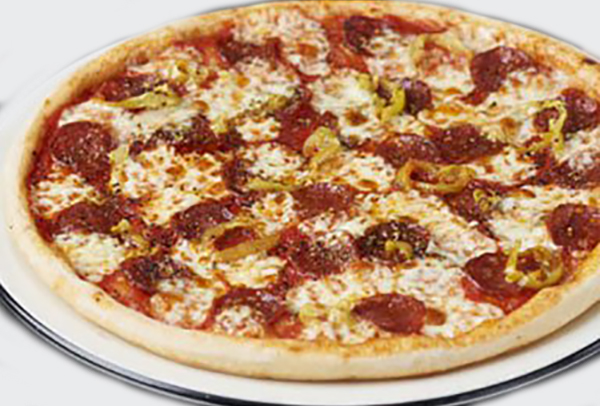 Pepperoni, mozzarella and tomato, with your choice of hot green, Roquito or jalapeño peppers on a Classic base

Pizza Express American Hot Pizza Review
The Pizza Lads were cold, very cold and not just from the frosty stares the missuses were casting at us. They were in a foul mood as they said they were having to do everything to prepare for Christmas. Which we felt wasn’t fair as we had put up the Xmas trees and put the chocolates on (minus the half we had scoffed of course). No, we were just in the way and a Christmas miracle happened when they threw some money at us and told us to get out and have a pizza, now we are not so slow on the uptake sometimes and had departed the house even before the wives voice had finished echoing in the hallway.

Once clear of them having second thoughts we set sail for Pizza Express and it was poxy freezing out in the streets. We got to the restaurant in double quick time and scanning the menu the only option we considered was the American Hot. “That’ll warm us up” Ted said… The pizza duly arrived and looked a treat. The base was the Classic and was fairly thick in our opinion and with a light fluffy texture, with a nicely browned raised edge crust. The passata sauce was as expected and had a deep rich flavour, topped with well toasted mozzarella cheese which was nicely heaped on.

The pepperoni was quite generous, but had been a bit overcooked in our opinion and was tough going, taste wise it was reasonable. We had chosen the jalapeño peppers as our option and this was pretty potent but a bit thinly spread. So did we get hot under the collar with this offering? It was okay, nothing too special but what it did it did OK, apart from the pepperoni. A middle of the road rating.. Now back to face the music at home, oh man, this will be a long holiday season.