All The Meats Pizza from Papa John’s 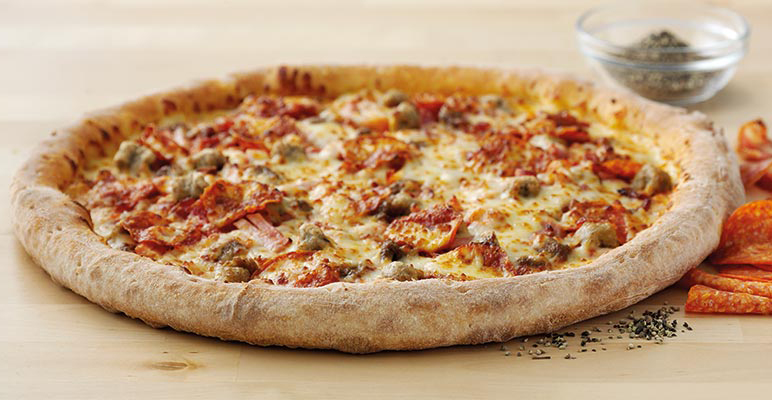 All The Meats Pizza from Papa John’s Review

All the Meats™ Papa John’s fans have voted this their all time number one pizza. Is it the piquant Pepperoni, succulent Sausage or crispy Bacon that we stack on this super meaty pizza that makes it so popular? Or is it the sizzling spicy Beef, chunky Ham and fresh Mozzarella Cheese? Let your taste buds decide.

Papa John’s All The Meats Pizza Review
The lads were scanning the Papa John’s menu and noticed that the All The Meats pizza was voted number one by “fans”. Well we thought we have never tried one for some reason and decided to put this to rights straight away.

Slipping out while the wives were watching some soap or other on the Gogglebox, we were there in no time. So we ordered a deep crust base after seeing what was for tea before we left home and tucked in.

It was meaty for sure and Ted thought the combination of pork and beef was a bit not to his taste. However he was soon a convert and to be fair it’s definitely the pork toppings that prevail. The Sausage and Bacon were fantastic, but felt the Ham was a bit overpowered by the spicy Beef and Pepperoni. Having said that it was a good one. We have to say not our favourite but a good 8/10 from us.